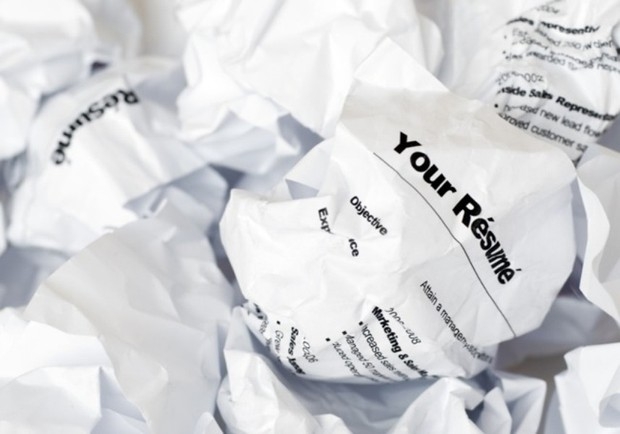 Posted at 12:20h in Resume Advice by admin
This article was published on forbes.com – link on bottom of page.
Submitting a résumé written in Klingon language from Star Trek, or trying to pass your video gaming accomplishments as leadership experience probably won’t land you the job–but it will, however, grab the potential employer’s attention and earn you a spot on a new compilation of hiring managers’ most memorable résumé missteps.“Every hiring manager has seen a résumé that was a bit ‘out there,’” says Rosemary Haefner, vice president of human resources at the jobs website CareerBuilder.com.
“These job seekers are probably trying to be clever and stand out, but it often backfires and that résumé usually goes straight to the ‘no’ pile.”Harris Interactive conducted a survey on behalf of CareerBuilder among 2,076 hiring managers to unearth 12 of the most eccentric things employers have ever seen on résumés this year. For instance, one applicant wrote about his time spent in jail for assaulting a former boss, while another failed to include her name.A previous version of the study found that one-in-five HR managers spend less than 30 seconds reviewing applications and around 40% spend less than one minute–so it’s possible that some applicants include outlandish or inappropriate content to stand out from their competition. But there are much more professional ways to get noticed. (See “Seven Ways To Perfect Your Resume”)
“With technology, it is so easy to just click and send a résumé out, but if you take the time to tailor it, it will get more time for review,” says Haefner.” A customized résumé resonates well with hiring managers and that will help you stand out for the right reasons.”Haefner suggests modifying your résumé for each position to showcase your achievements and professionalism, and to demonstrate why you are the best candidate for the job. But be sure to do so with clean, clear content and easy-to-read formatting. “You want to go easy on the eye,” she says. “And you should only include relevant and appropriate information.” Including a silly detail or decorating your résumé may be eye-catching, but it will bring only a gasp or a chuckle–not a job offer.
When asked what would make them automatically dismiss a candidate from consideration, employers pointed to résumés with typos (58%), résumés that are generic and don’t seem personalized for the position (36%), résumés that don’t include a list of skills (35%), résumés that copied large amounts of wording from the job posting (32%), résumés with an inappropriate email address (31%), résumés that don’t include exact dates of employment (27%), résumés that are printed on decorative paper (22%), and résumés that include a photo (13%).
Haefner recommends asking three or four people to read and edit your resume before you submit it, as sometimes you need an objective eye to notice that some content may be sloppy, inappropriate or irrelevant.“Think about how you want to present yourself,” she says. “Hiring managers have a big pile of résumés to review, and they are always looking for a reason to put you in the ‘no’ pile.”The bottom line is that your résumé is often where you make your first impression on a hiring manager.
To avoid having it also be the last, carefully consider what you want the employer to see at a glance, and strive to stand out for having a professional, tailored document. Submitting a résumé that misspells “skills” as “skelze” or referring to your current boss as “an alcoholic with three DUI’s” just won’t cut it.
Click here to see 12 of the most outlandish résumé mistakes of 2013.
Original Source: Forbes